AVA
Lara Downes | November 14, 2020
The first time I saw Helga Davis, she was wearing a column of white satin, standing in a pool of white light, shining. She was singing Judy Collins' "Wings of Angels," a song about grief and loss, but also about the power of love to transcend time and place, life and death. She was magnetic. You could have heard the softest whisper of an angel's wing in the spellbound silence.

That night Helga and I found each other backstage and we've never let go. She's become one of my closest friends — someone I trust, depend on and listen to. She is fiercely and fearlessly creative as a performer, writer, curator, producer and broadcaster. She does not stop until she gets things exactly and spectacularly right. Her standards are relentless, whether researching a project, rehearsing a concert, or relishing a lobster roll.

This pandemic has grounded Helga for the first time in her creative life. A constant world traveler by choice and by occupation, she has suffered deeply from the forced isolation of these long months. We've talked often about the challenges of navigating this strange time that is so undefined and yet so definitive. And we've cried. Although Helga has been confined to her Harlem apartment, she can't be contained. Her creative energy bursts through the boundaries of any four walls, and soars.

In this conversation, we talk about transcending time and place — finding profound connections through the walls and miles that separate us — and imagining new dimensions for creativity and collaboration.

And Helga remembers the first time she saw dolphins — those magical mammals who can burst through the surface of the ocean and soar free, even without wings. 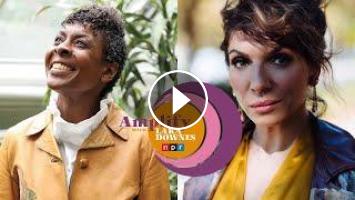 Lara Downes | November 14, 2020 The first time I saw Helga Davis, she was wearing a column of white satin, standing in a pool of white light, shining....