???? The HalidonMusic Sync Licensing platform is now live at https://licensing.halidonmusic.com
???? Subscribe to our newsletter and get a 50% discount for 10 days: https://www.halidonmusic.com/en/newsletter.html

☕ If you like what we do and would like to support us, you can now buy us a coffee: https://www.buymeacoffee.com/halidonmusic. Donations will go towards keeping the YouTube channel going and funding new recording sessions with our amazing team of artists. Thank you! ????

The Symphonie fantastique is a program symphony written by French composer Hector Berlioz in 1830. It is an important piece of the early Romantic period. The first performance was at the Paris Conservatoire on 5 December 1830.
The American composer and conductor Leonard Bernstein described the symphony as the first musical expedition into psychedelia because of its hallucinatory and dream-like nature, and because history suggests Berlioz composed at least a portion of it under the influence of opium. According to Bernstein, "Berlioz tells it like it is. You take a trip, you wind up screaming at your own funeral."
Berlioz put a great deal of emotion into the piece, exploring the extremities of many ends of the emotional spectrum. He wanted people to understand his intentions behind it as they were the driving factor behind each movement and the story he attaches to the different parts of the piece. The symphony tells the story of an artist gifted with a lively imagination who has poisoned himself with opium in the depths of despair because of hopeless, unrequited love. 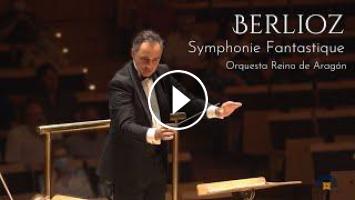