The opera was a commercial failure, lasting only five performances in London after its premiere. In the 19th century, however, the aria was rediscovered and became one of Handel's best-known pieces. Handel adapted the aria from the setting by Bononcini who, in turn, adapted it from the setting by Francesco Cavalli. All three composers had produced settings of the same opera libretto by Nicolò Minato.
Originally composed to be sung by a soprano castrato (and sung in modern performances of Serse by a countertenor, contralto or a mezzo-soprano), it has often been arranged for other voice types and instruments, including solo organ, solo piano, violin and piano, and string ensembles, often under the title "Largo from Xerxes", although the original tempo was larghetto.
In the opera, the aria is preceded by a short recitativo accompagnato of nine bars, setting the scene ("Frondi tenere e belle"). The aria itself is also short; it consists of 52 bars and typically lasts about four minutes.

Performances of this aria are included in several movies. A fully staged version appears in the film Farinelli (1994), a fictionalized biography which recounts the tumultuous relationship between Handel and the famed castrato Farinelli. The piece is also featured in Dangerous Liaisons (1988), in the original Italian, and Pride and Prejudice (TV version, 1995), which used English language lyrics. Given the setting of these two movies/novels (1780s France and England in the early 19th century), when "Ombra mai fu" was still in obscurity, inclusion of these performances, while not technically anachronistic, would probably not have been recognized by contemporary audiences. 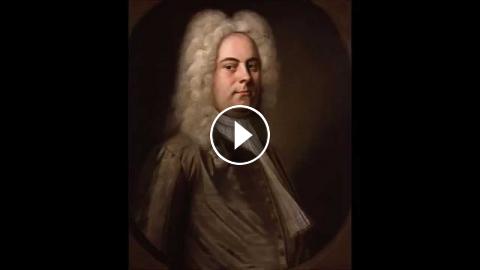 "Ombra mai fu" is the opening aria from the 1738 opera Serse (Xerxes) by George Frideric Handel.The opera was a commercial failure, lasting ...