AVA
During the 80s and 90s, Whitney Houston was an unstoppable force in pop music. With sales estimated to exceed 200 million records, she is one of the biggest-selling female singers ever.

Whitney Houston was born to a family with impressive singing credentials - her mother was gospel singer Cissy Houston, her cousin was five-time Grammy winner Dionne Warwick, and her godmother was the 'Queen of Soul' herself, Aretha Franklin. Her first break came when she sang backing vocals on Chaka Khan's "I'm Every Woman" when she was only 16. She continued to record, sing and tour with her mother, but although she was offered recording contracts she turned them all down until, in 1983, she signed with Arista.

Her debut album Whitney Houston appeared in 1985 but it was not an instant hit. However, due to the singles "Saving All My Love for You" (which won a Grammy), "How Will I Know" and "Greatest Love of All", it eventually reached the top of the Billboard charts and lodged there for several weeks. Critical praise, awards, television shows and massive sales ensured a grand entrance into the music world for new superstar Whitney Houston.

Her follow-up album was 1987's nine-times platinum Whitney. It debuted at the top of the charts in many countries and the success of the singles "I Wanna Dance with Somebody (Who Loves Me)", "Didn't We Almost Have it All", "So Emotional" and "Where do Broken Hearts Go" gave her a record of achieving seven consecutive singles at No.1.

In response to an enduring criticism that she was somewhat bland, she experimented with a more urban feel on her next release. I'm Your Baby Tonight (1990) found her exploring her versatility as an artist, with a fair degree of success. The album was certified four-times platinum.

Her next endeavor was her acting debut in The Bodyguard. It was a huge box-office hit and the accompanying soundtrack album went on to achieve 17x platinum certification in the US alone. The lead single from the album was a cover of Dolly Parton's "I Will Always Love You" which cemented itself to the top of the charts in many countries. Her next two releases were soundtrack albums, Waiting to Exhale (to which she contributed three songs) and The Preacher's Wife, both of which were supporting films in which she had acting roles.

In 1998 she released My Love is Your Love which continued her exploration of urban sounds such as hip-hop and reggae. Two years later she released Whitney: the Greatest Hits, but unfortunately this marked a slide in her fortunes. When Just Whitney was released in 2002 it received poor reviews and the singles failed to chart well. She followed it with a Christmas-themed record, One Wish: the Holiday Album, which performed even less well. Since then, column inches have been dedicated to her battles with drugs, and with her husband Bobby Brown (whom she had married in 1992 after a 3 year courtship and divorced in 2007).

DISCLAIMER:
NO COPYRIGHT INFRINGEMENT INTENDED. I OWN ABSOLUTELY NONE OF THESE VIDEOS (UNLESS OTHERWISE STATED). COPYRIGHTS BELONG TO THEIR ORIGINAL OWNERS. MUSICAL VIDEOS POSTED ON THIS CHANNEL ARE FOR ENTERTAINMENT PURPOSES ONLY. 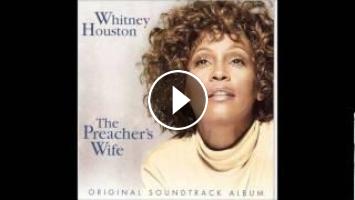 During the 80s and 90s, Whitney Houston was an unstoppable force in pop music. With sales estimated to exceed 200 million records, she is one of the b...