ABOUT THIS EPISODE - Making Revolution Irresistible
Yo Gotti grew up in Memphis just across the state line from Mississippi State Penitentiary (aka Parchman) — so this year, when he learned about the squalor its inmates were living in, he wanted to help. Gotti enlisted Jay-Z and Roc Nation to sue the department of corrections for human rights violations. In our finale episode, we ask how much celebrity activism really helps the prison reform movement, and sit down with rapper Noname and organizer Mariame Kaba to consider the alternate solutions proposed by prison abolition. 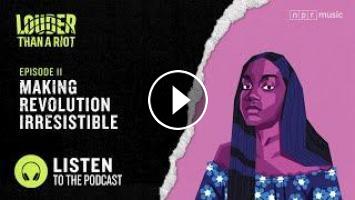 Subscribe on Apple Podcasts: http://apple.co/louderthanariotpodcast ABOUT THIS EPISODE - Making Revolution Irresistible Yo Gotti grew up in Memphis ju...