admin
Felix Mendelssohn's Violin Concerto in E minor, Op. 64 is his last large orchestral work. It forms an important part of the violin repertoire and is one of the most popular and most frequently performed violin concertos of all time. A typical performance lasts just under half an hour.

Mendelssohn originally proposed the idea of the violin concerto to Ferdinand David, a close friend and then concertmaster of the Leipzig Gewandhaus Orchestra. Although conceived in 1838, the work took another six years to complete and was not premiered until 1845. During this time, Mendelssohn maintained a regular correspondence with David, seeking his advice with the concerto. The work itself was one of the foremost violin concertos of the Romantic era and was influential to the compositions of many other composers.

Although the concerto consists of three movements in a standard fast--slow--fast structure and each movement follows a traditional form, the concerto was innovative and included many novel features for its time. Distinctive aspects of the concerto include the almost immediate entrance of the violin at the beginning of the work (rather than following an orchestral preview of the first movement's major themes, as was typical in Classical era concertos) and as a whole, the concerto has a through-composed form, in which the three movements are melodically and harmonically connected and played attacca (each movement immediately following the previous one).
The concerto was initially well received and soon became regarded as one of the greatest violin concertos of all time. The concerto remains popular and has developed a reputation as an essential concerto for all aspiring concert violinists to master, and usually one of the first Romantic era concertos they learn. Many professional violinists have recorded the concerto and the work is regularly performed in concerts and classical music competitions.

Mendelssohn also wrote a virtuoso violin concerto in D minor between 1821 and 1823, when he was 12 to 14 years old, at the same time he produced his twelve string symphonies. This work, "rediscovered" in 1951 by Yehudi Menuhin, is also known as the Concerto for Violin and String Orchestra in D minor, and as Mendelssohn's Violin Concerto No. 1 (the E minor concerto alternately known as Violin Concerto No. 2).

The concerto opens with an almost immediate entry of the solo violin, instead of an orchestral tutti, with the very tune in E minor that gave Mendelssohn no peace. Following a bravura of rapidly descending notes, the opening theme is then restated by the orchestra. There is then a frenetic chromatic transition passage as the music subsides and modulates into a tranquil second subject theme in G major. The melody is initially played by the woodwinds with the soloist providing a pedal note on an open G string. The tune is played by the solo violin itself before a short codetta ends the exposition section of the opening movement. The opening two themes are then combined in the development section, where the music builds up to the innovative cadenza, which Mendelssohn wrote out in full rather than allowing the soloist to improvise. The cadenza builds up speed through rhythmic shifts from quavers to quaver-triplets and finally to semiquavers, which require ricochet bowing from the soloist. This serves as a link to the recapitulation, where the opening melody is played by the orchestra, accompanied by the continuing ricochet arpeggios by the soloist. During the recapitulation, the opening themes are repeated with the second theme being played in the E major before returning to E minor for the closing of the movement. The music gathers speed into the coda, which is marked 'Presto', before a variant of the original chromatic transition passage ends the first movement.

Mendelssohn's Violin Concerto influenced the concertos of many other composers, who would use aspects of the concerto in their own. This would lead to the concerto being regarded as one of the most plagiarised of all time. 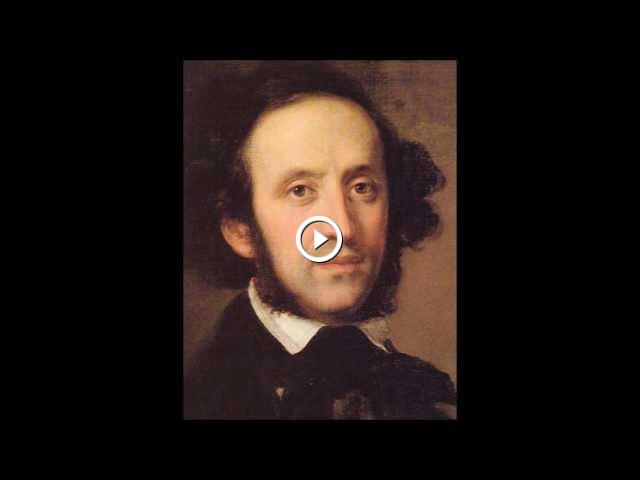 Felix Mendelssohn's Violin Concerto in E minor, Op. 64 is his last large orchestral work. It forms an important part of the violin repertoire and is o...