The Badder, The Better: Bobby Shmurda (Pt 1) | Louder Than A Riot | NPR

ABOUT THIS EPISODE - "The Badder, The Better: Bobby Shmurda (Pt 1)"
Just like his legendary disappearing hat, Brooklyn rapper Bobby Shmurda's career was on the rise in 2014. But so was the evidence in a murder case against his crew, GS9. In the first of three episodes exploring Bobby's story, we look at his come-up through the eyes of former Epic Records exec Sha Money XL, who guided Bobby on his tightrope walk from the streets to superstardom. What happens when the industry capitalizes on a criminal persona? And do record execs have the juice to back Bobby up when things get too hot?

The Badder, The Better: Bobby Shmurda (Pt 1) | Louder Than A Riot | NPR 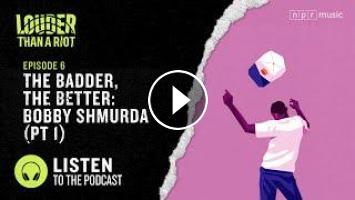 Subscribe on Apple Podcasts: http://apple.co/louderthanariotpodcast ABOUT THIS EPISODE - "The Badder, The Better: Bobby Shmurda (Pt 1)" Just...