A thousand thanks to the geniuses at Massive Technologies, Fayez Salka and Anas Wattar, for making this happen!
https://massivetechnologies.ca

Story behind the song:

Steve (the cellist) here. Jon and I have been playing together for many many years -- even long before The Piano Guys. I’ll never forget the first time I heard Jon whip out his own playfully deranged arrangement of one of the most well known pieces ever written. I was backstage getting ready to join him for the next song and he began the first notes of Für Elise. I admit I cringed a little, like many I had heard it far too many times (check out our socials for that story). I understand that this is the “Pachelbel’s Canon” for pianists. My heart goes out to you! But then all of the sudden it wasn’t Für Elise anymore, it was a piece of music that caused me to involuntarily tap my foot and grow a goofy grin on my face. I fell in love with “Für Elise Jam” -- because Jon wasn’t playing it to mock Beethoven or try to “improve” on Beethoven (no one can do that) -- he was sincerely just having fun. And the audience and I could feel that. I remember thinking, ‘we need more of this.’ Perhaps that was one of those propitious premonitions of things to come. And now we’re at 10 years with the Piano Guys, releasing our 10th album. And this song HAD to be part of it. Oh, and I hope you don’t mind that I added a little cello. After all, there’s always room for cello. :-) Massive Technologies tells me that the “Steve” avatar is coming soon. Heaven help us all.

We began brainstorming how we could film this? We didn’t want it to be just another music video... I personally wanted people to feel what I felt there, backstage, listening to the mirth just jump out of the piano. We began dreaming up some ideas. I wanted to just mail Jon to you (postage due of course) and have him play this piece for you in person. That way you could really experience it the way it should be experienced. But with Covid helping us all to take a moment of grateful reflection and concerts being placed on hold, we searched for the next best thing:

A 3D VIRTUAL JON performing for you in person!

And we’ve upped the level considerably. This isn’t just any performance. You can not only hear him and watch him play, but he can play YOUR piano, or if you don’t have a piano, he’ll bring his own (finally Jon carries his own piano!) You can also walk around him as he performs, sit with him on the piano bench, look inside his piano, look right into his eyes (ok, that’s creepy). You can even learn HOW to play this song from watching his fingers fly (you choose the speed, thankfully!)

And don’t forget to record it and show us the result. (Upload to socials and TAG us)

You know we like to put pianos and cellos in crazy places (including the 7 Wonders.) This App feels like we now have UNLIMITED POWER!! (insert evil cackle here).

If you’ve read this far into the description, I commend you for your virtual attention span. Comment where you think we should put VIRTUAL Jon next!

Thanks for your support, both virtual and actual, and thanks to the geniuses Fayez Salka and Anas Wattar at Massive Technologies for developing our “augmented reality” performance of this tune, “Für Elise Jam” from our new album, “10”

BTW -- December marks the 250th anniversary of Beethoven’s birth! What better way to wish Ludwig a happy birthday than to send Jon all over the world in his honor. 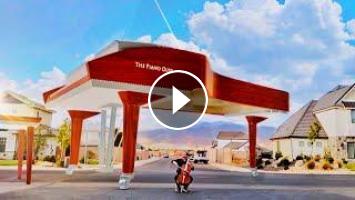 Point this App at ANY piano and watch what happens! If you don’t have one, wait for it... ►DOWNLOAD “AR Pianist” (For iOS) here: https://smarturl.it/A...