In the early 80s he attended master classes with Armando Corsi and Beppe Gambetta. In 1986 he attended a summer course at Berklee College of Music in Boston. Graduated in music semiotics at University of Bologna, Italy in 1996.
From 1985 to 1990 he has been leading Big Fat Mama, one of the most important rock-blues bands in Italy, with whom recorded 3 LPs, played top clubs and festivals, appeared on several Tv programs (local and nationwide broadcasting), worked with several american blues players touring Italy.

He is currently playing with his own band, as a soloist, with Red Wine (one of the most important bluegrass bands in Europe, with whom he played the Winfield Acoustic Music Festival in Kansas), with Beppe Gambetta (summer 1992 European tour with Gene Parson, Byrds' legendary drummer; Blues to Bop Festival in Lugano, Switzerland with Steve Kaufman, broadcast by Swiss National TV) and with Fabio Treves ("father" of Italian blues scene, opening for Junior Wells, ZZ TOP, appearances on national Tv networks).

He published a country-rock guitar method (with Beppe Gambetta), a bottleneck/slide guitar handbook (2011), an electric guitar instructional dvd and book (2013), wrote articles for several italian music magazines and produced and played (live and on CD) with some of the most exciting bands in Italy. He is also teaching and doing workshops all over the country.
In march 1994 played South By Southwest festival in Austin, Texas (only italian artist at the event).

Since 1992 he has published 10 cds (the last one, EXILE ON BACKSTREETS, in 2013). During the promotional tour of the "Gamblers" cd in 2003, written together with singer/songwriter JONO MANSON, the great BLUES TRAVELER's harmonica player/singer JOHN POPPER joined the band for some gigs.

Since 2002 he has been backing ROY ROGERS (master of slide guitar and musician/producer for JOHN LEE HOOKER) several times during his Italian tours.

He is founding member of SLOW FEET, a super band conceived by photographer/bass player REINHOLD KOHL, together with some Italian Rock legends such as FRANZ DI CIOCCIO and LUCIO FABBRI (PFM); their first cd, "Elephant Memory" has been issued in 2007.

Another longtime collaboration is with american bass player/singer/songwriter David James with whom also recorded the cd "Purple House" (2011). 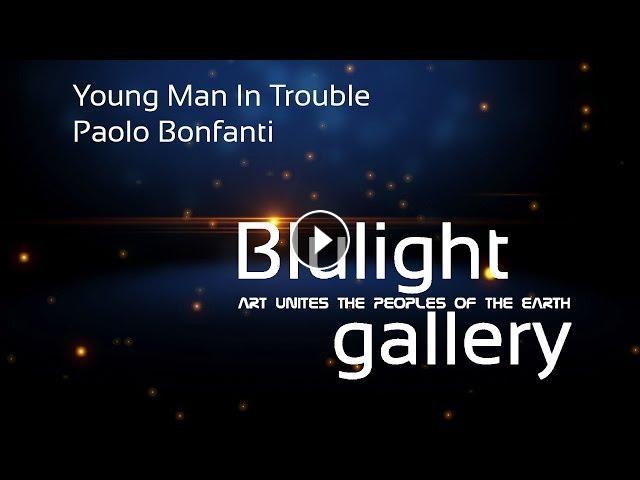 Paolo Bonfanti The Cardinal Points And Other Short Tales - Young Man In Trouble - Born in Genova, Italy (Nov. 15th, 1960). He began to play guitar in ...