admin
MERU Concert - A memorable rendition of raga Yaman by Pandit Sanjeev Abhyankar (vocal), Pandit Yogesh Samsi (tabla) and Tanmay Deochake (harmonium) on 28 July 2018, Theater Oranjerie, Roermond, The Netherlands
Pandit Sanjeev Abhyankar (vocal)
The legendary maestro from the Mewati Music Tradition, Pandit Sanjeev is an artist of international acclaim. The depth of his music and feelings directly touches the hearts and minds of the audience and transports them to a world of beauty and wonder. He has won many awards including the prestigious Indian President’s Award for All India Radio, the Kumar Gandharva National Award, and the Pandit Jasraj Gaurav Puraskar for his contribution to music.
Pandit Yogesh Samsi (tabla)
Yogesh Samsi is one of those rare great tabla maestro whose reputation has been built on his consummate artistry in both fields of accompaniment and solo playing. Yogesh has accompanied almost all the top-ranking instrumentalists and vocalists and dancers of India 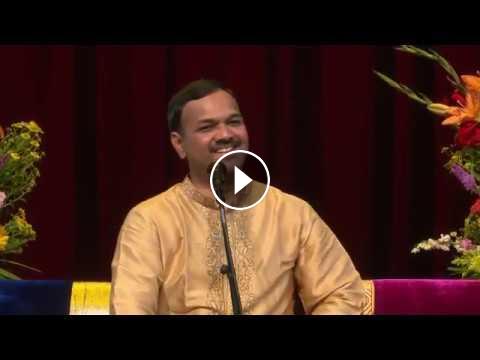