AVA
NPR Music and The Museum of Pop Culture present the opening keynote session for the 2020 Pop Conference “Forever Young: Popular Music and Youth Across the Ages”

This year's Pop Conference is supported by Critical Minded, an initiative to invest in cultural critics of color, cofounded by The Nathan Cummings Foundation and the Ford Foundation.

Access to the Pop Conference, which takes place virtually from Sept 9th-24th 2020, is free and accessible to the public. Register to join the sessions at mopop.org/popcon

About Alanis Morissette: Since 1995, Alanis Morissette’s deeply expressive music and performances have earned vast critical praise. Morissette’s 1995 debut, JAGGED LITTLE PILL, has been followed by nine more eclectic and acclaimed albums. She has contributed musically to theatrical releases and acted on the big and small screen. Outside of entertainment, she is an avid supporter of female empowerment, as well as spiritual, psychological and physical wellness. On December 5, 2019, the JAGGED LITTLE PILL musical made its Broadway debut at the Broadhurst Theatre in New York City. Most recently, Morissette released her ninth studio album, Such Pretty Forks In The Road. alanis.com
About Ann Powers: Ann Powers is a critic and correspondent for NPR Music. She is the author of several books, most recently Good Booty: Love and Sex, Black and White, Body and Soul in American Music (Dey Street, 2017). She lives in Nashville and is currently working on a critical biography of Joni Mitchell. https://www.npr.org/people/140955737/ann-powers]
About Pop Conference: Since 2002, Pop Conference has been the premier music-writing and popular music studies conference. This year’s theme is “Forever Young: Popular Music and Youth Across the Ages.” popconference.org
About the Museum of Pop Culture (MoPOP): MoPOP is a leading-edge nonprofit museum in Seattle, dedicated to the ideas and risk-taking that fuel contemporary pop culture. With a mission to make creative expression a life-changing force by offering experiences that inspire and connect our communities, MoPOP reaches multigenerational audiences through our collections, exhibitions, educational programs and community partnerships. At MoPOP, artists, audiences, and ideas converge, bringing understanding, interpretation, and scholarship to the pop culture of our time. For more information, visit www.MoPOP.org
About Critical Minded: This year’s Pop Conference is supported by Critical Minded, a granting and learning initiative cofounded by The Nathan Cummings Foundation and The Ford Foundation to support cultural critics of color in the United States, where they are underrepresented in the coverage of all artistic disciplines. https://alliedmedia.org/projects/critical-minded 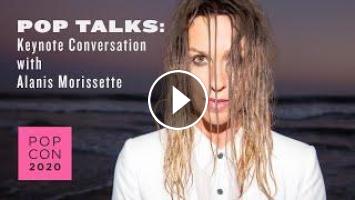 NPR Music and The Museum of Pop Culture present the opening keynote session for the 2020 Pop Conference “Forever Young: Popular Music and Youth Across...