admin
Nicola Vaccaj belonged to the Neapolitan school: pupil of Paisiello and contemporary of Rossini, whose fame somehow obscured his own, he was well known and appreciated at his time, to the point that an extract from the last Act of his Giulietta e Romeo was chosen to substitute the same aria in Bellini’s I Capuleti e I Montecchi for an 1832 performance and this shift has remained common practice until the end of the 19th century.
Therefore it’s hard to believe that Vaccaj’s most notable success was neglected for such a long time as it “is an opera that could easily hold its own among the better-known works in the bel canto canon. It has taut plot, with a strong libretto, written by Romani, and is full of well-constructed ensemble pieces”(Alan Neilson – Operawire)
Within a traditional, 16th century setting, director Cecilia Ligorio choses to convey a sense of doom and tragedy which the entire work is imbued with, from the choice of costumes and settings to the stage lighting.
“It really was a well-paced, and visually pleasing production that successfully captured the love and hatred which drives the narrative forward.”
(Alan Neilson – Operawire) 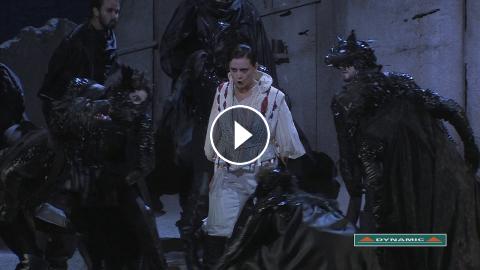 Nicola Vaccaj belonged to the Neapolitan school: pupil of Paisiello and contemporary of Rossini, whose fame somehow obscured his own, he was well know...