admin
Bohemian Rhapsody (Queen) - Mastered at Rockfield Studios
Performed & arranged for piano by Luke Faulkner
♫ BUY this track on the Official Halidon Music Store:
ABOUT LUKE FAULKNER
Born in Shropshire, England, Luke took lessons with John Humphreys (assistant Head of Keyboard) at the Birmingham Conservatoire before studying piano and composition at Chetham's School of Music. Subsequently, whilst attending the University of Oxford on an academic scholarship, he received a bursary to study piano at the Royal Academy of Music.
Upon graduating from Oxford with a "double" first class BA in Music, Luke continued his education at the University of Edinburgh, studying the Master's degree in Composition for Screen, and graduated top of his class in 2014. Since then, he has travelled around the world giving recitals on both piano and accordion, playing with ensembles ranging from bands to orchestras, and in a range of international venues.
Subscribe to his channel:
Like us on Facebook:
Thank you so much for watching this video by Halidon Music channel, we hope you enjoyed it! Don't forget to share it and subscribe to our channel
#bohemianrhapsody #piano 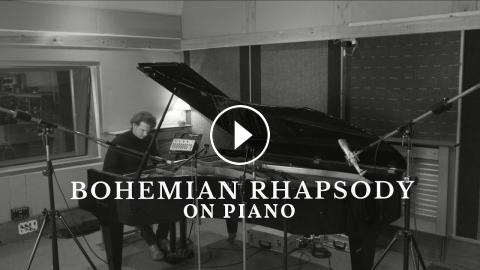