Juste Debout is an international dance competition with preliminary rounds in various world cities, including Amsterdam, and a grand finale in Paris for an audience of over 20,000 fans. In French Juste Debout means ‘just upright’ and was born in 2001 from the need for a competition for ‘upright’ urban forms of dance such as popping, locking, house dance and hip hop new style. More than ten years later, Juste Debout has become the largest dance event in the world and will be broadcast live, at least in France.
www.juste-debout.com

Summer Dance Forever is an inner city urban dance festival where dancers from around the world gather in the city of Amsterdam, each year in August.

Seven days to enjoy an international dance feast, packed with the best of today and the great promises of tomorrow. Organized in several venues around town, expect a great variety of dance performances, next level battles and workshops to refresh and boost your skills. A true summer in one of Europe's hottest cities, soaked in dance, to be remembered forever. Forever...and ever...and ever...
www.summerdanceforever.com 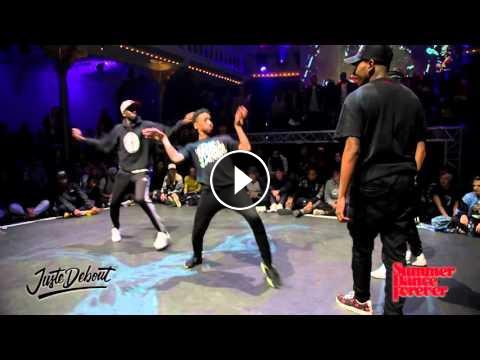