[Verse 1: Jay Electronica & JAY-Z]
Once upon a time there was a likkle yout, the cub of a lion
A stowed away captive, a long way home from Zion
The dove Prince sang about in "Purple Rain" cryin'
To the midget you heard tale of on the shoulders of the giant
Listen, I named my son, Sir, so you gotta call my son, "Sir"
That boy already knighted, he ain't even out his romper
You speakin' on the kingdom, you better watch your tongue, sir
I send you where you never been, you forget where I'm from, sir?
That gossip I send bald heads, Lou Gossett out the gun, sir
I'm brazy, I'm so brazen, I'm "Raisin in the Sun" sir
You can catch this broad daylight, you know the Kingdom come, sir
That wheel inside the wheel, a half a mile in circumference
It's the return of the Mahdi, it's the return of the Akhis
It's the return of the lost and found tribe of Shabazz, the Annunakis
It's the return of Mr. Shakur spittin' out phlegm at paparazzi
That's my new style

[Chorus: Travis Scott]
Blinding (Hit-Boy)
Blinded by the light
See the stars and our sun

[Verse 2: Jay Electronica & JAY-Z]
The gift that keeps givin' like Babushka
Kush crushed up in the studio, rollin' cake pushup
Extra, extra, it's Mr. Headlines
Who signed every contract and missed the deadlines
40 days, 40 nights, tryna live up to the hype
It's the road less traveled, it's the one who missed the flights
Hov hit me up like, "What, you scared of heights?
Know your sister tired of workin', gotta do her something nice"
I'm like, "Don't he know I stay up for Fallon late nights?"
She need bread, she need rice, she need threads, she need ice
Either tell it to my bank account or say it to the dice
When I lay down in my bed it's like my head in the vice
When I look inside the mirror all I see is flaws
When I look inside the mirror all I see is Mars
In the wee hours of night, tryna squeeze out bars
Bismillah, just so y'all could pick me apart?

[Chorus: Travis Scott]
Blinding
Blinded by the light
See the stars and our sun 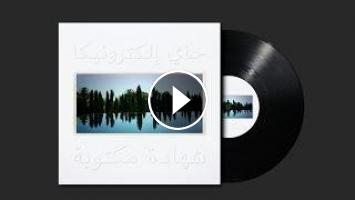