Kesha Rose Sebert dominated the start of the 2010s with a signature style of brash party pop and endearingly gaudy odes to wild nights. Now, ten years removed from “TiK ToK,” “We R Who We R,” and “Your Love Is My Drug,” the chart-topping star is poised to make her mark at the start of a new decade. Of course, she’s older and wiser - not to mention blessed with hard-fought creative autonomy - but there’s still a lot of ‘Animal’-era good times to be had. “It’s so nice to feel so happy, when that felt inconceivable a couple of years ago,” she told Rolling Stone recently. “And I’m so excited about doing fun music.” ‘High Road,’ her fourth studio album, portends to balance the intimate confessionals of 2017’s ‘Rainbow’ with the early-career anthems that had us poppin’ bottles in the first place. Kesha’s creative evolution exudes in these exclusive live performances of “Resentment” and “Raising Hell.” She stripped down both songs and let her soul shine through. 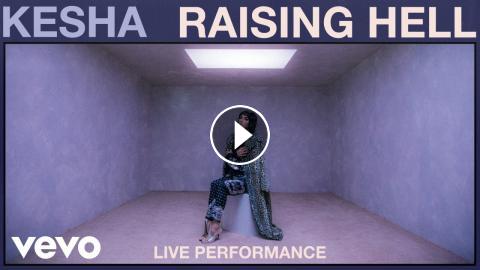 Kesha - Raising Hell (Studio Performance)Kesha Rose Sebert dominated the start of the 2010s with a signature style of brash party pop and endearingly ...