After nearly a decade of anticipation, LINKIN PARK returns to Malaysia to kick off their LIVING THINGS World Tour on August 19th at Stadium National, Bukit Jalil at 8:00pm.

In the span of time since 2000, when LINKIN PARK released their debut album, Hybrid Theory, no other artist has had more top 10 singles on the US Alternative radio chart. Now with the release of their latest album, LIVING THINGS (Machine Shop Recordings /Warner Bros), which reached #1 in over 20 countries, no other band has achieved more #1 albums this century.

In 2005, LINKIN PARK founded Music For Relief, a 501 © (3) non-profit organization that has raised over 5 million dollars for victims of natural disasters and environmental projects. For more information go to: www.musicforrelief.org

From surreal videography to an unforgettable, iconic stage show, LINKIN PARK have always possessed a visual presence that befits the power of their music. LINKIN PARK 'LIVING THINGS' World Tour Live in Malaysia 2013 is organized by The WonderLand+.

LINKIN PARK is exclusively touring Malaysia in this part of the SEA region as Thailand, Indonesia and Singapore are not included in the tour due to limited of time available from the band. 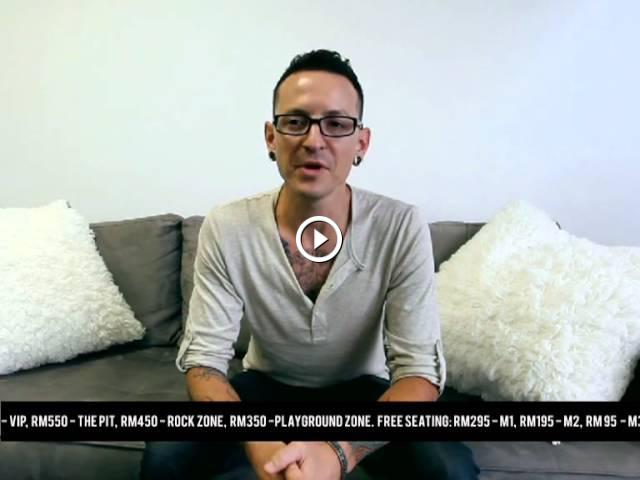