admin
Traditional Ukrainian music is easily recognized by its somewhat melancholy tone. It first became known outside of Ukraine during the 18th century as musicians from Ukraine would perform before the royal courts in Russia and Poland. Ukraine's music history spans back many years and remains popular today.

The bandura is commonly heard in Ukrainian music particularly those of the folk and semi-classical genres. A musical instrument from the 19th century, the bandura's forerunners were the kobza and torban. The use of these fascinating instruments is facing a revival in recent years. During the 15th century Ukrainian musicians, referred to as kobzari would sing epic poems whilst accompanying themselves on the kobza. A professional guild was established for the kobzari and was called "Kobzar Guild". Sadly the kobzari suffered great losses during Stalin's rulership, but the guild is once again very active in Ukraine.

Early on in the 1900s, Ukrainian musicians in the USA were able to keep traditional music from Ukraine alive when it almost disappeared in its homeland. One fiddler who gained great fame in USA was Pavlo Humeniuk. In previous decades, polyphony was a common sound in music from Ukraine and certain groups have kept it going. However, today, pop and rock seem to be taking over the scene.

Certain tribes within Ukraine are known for their own unique music. The Hutsuls of the Carpathian Mountains make use of a trembita (alpenhorn) and different flutes. A great example of the rhythms and melodies of Hutsul folk music was seen in Ruslana Lyzhichko's performance at the 2004 Eurovision contest.

Many talented musicians and bands have come out of Ukraine. Some of them are dedicated to preserving the original traditional sounds of Ukrainian music whilst others have introduced new styles such as Ukrainian pop music. Ukraine is also well-known for its many great classical music performers. 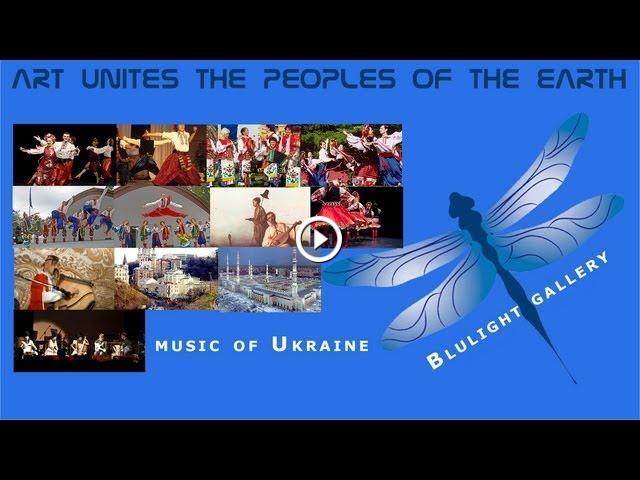 Traditional Ukrainian music is easily recognized by its somewhat melancholy tone. It first became known outside of Ukraine during the 18th century as ...