My Slideshow to help with Moral for the world..

AVA
My Photos to help Moral. Im always around to care, illl never stop never give up on anyone all over the world. God gave me life to reawaken yours. Upholding God an faith, hope, love. John 3:14. The concerts I've attended, proud supporter of Dolly Parton, to Shania Twain to Willy Nelson, was watching "Hang Em High, Clint Eastwoords movie last night being into western movies. Kentucky is the home of Abraham Lincoln.
Living here in Elizabethtown Kentucky.
You all stop by 328 Helm Street
From the one an only Single dad, Sleepless in Seattle die hard to Saving Private Ryan…
Note to this date your affections have failed to arrive. Some of you need to start using fed express, or it won't arrive.
Their is a clown in every town who takes great pride in returning your letters or throwing them away before I even get them or stolen..
As of last Christmas..
Ive received nothing from all of you an prior to Christmas…
Ive gotten your phone calls. you all should try text…
on my Facebook:)
Or drop by in person an have your friends deliver it..
Notting Hill Die hard movie watchers to Pride an Predjudice are favorites of mine.
My heart an prayers go to the troops global.
Suicides prevention occurs 24/7 days a week.
Children are bound to try the same risks, due to bullying, bigotry or loneliness, depression, life in general.
Im putting an end to famine, the word, another goal, belittlement the word, lets work on that. Kindness goes far in life do you know this meaning? Belittlement does not get you anywhere in life or amongst friends…To my neighbors and Generals close by it's Gods greatest gift to preserve the upmost knowledge bestowed upon us by are four fathers sense Washington to continue the pursuit of saving life not ending it thinking no one cares in are minds an hearts. If know one cared I would not be holding onto all of you and your very souls with all that I am an the entire Moral Division thats growing in numbers vast every day an hour.
I ware a lion an a cross on my heart in spirit.
Glory be to Rome, France, Jerusalem, to far reach of Europe to Africa…
People global know what three means from Roman days of Emperor Augustus to Julius Caesar..
Even history for tells greatest flaw is failing to out smart pontus pilot offenders.People who try an destroy or take away what you cherish out of sure one word Jealousy if they thought like me sense J.F.K an Bruce Lee, an Whitney Houston, to Martin Luther King J.R. they all be alive still…Yet I carry them through me with God.
It's a gift to care even more a gift, being psychic, an far sighted able to pure an protect ones soul an know when people care for whole heartedly are around…
Wait hours sometimes at Restaurants being kind thoughtful some of you have long commutes.
God be with the Irish, an my families in all parts of the world even in Arabia I call you "a meaningful word, family….
Be kind to others as they to you….
No more blood shed, nor more misery, no more starving, no more suffering, from a Passion of the Christ movie watcher.
A voice of all nations all languages speaking for your behalf's with the almighty up their. Truly if someone can get himself off a cross an carry on the day don't you think he's worthy of knowing? Yet he calls you family with no judgements..
Gods right hand messenger….
City of Angels movie to Ghost, Demi Moore played in is child's play with what is sensed with the palm of my hand changing the world for the better with a rock.
You see your selves in my videos keep watching till you do…
Than you start to believe in the idealism it is better to be a part of something rather than nothing … Jesus started with five wise men. I have millions of families….
A big job carrying for the world an correcting three centuries of Roman an France history of famine, suffering an misery. You been praying right well my ancestor cheated death with the crown he wares an God sent me after taking notes from the last Joan the Arc.
The best angel messenger of all people, afraid of know one…
Were theirs despair I sow you hope, faith, courage, dedication from a nine year deployed father whose son resides in Florida an counting supporting the troops. Peace is better than war, we must not punish those for wanting a better life of change brothers of Israel to Jerusalem to Islam, to Muslim families. We must embrace change not fear it..
Discrimination is extinct with my presence an those who stand with me. Earthier lead with me or get out of my way an quit waisting my time…Moral Chiefs read history books even in roman, of people who fought an died for what they believed in carrying their names onward with pride…
We are not so different you an I….Yet I walk amongst you with acceptance and grace a voice that cry's out we will not go quietly into the night were the human race. Paving the way to the future for children an for my son.
I was born gifted, the movie "Dune" is a favorite of mine reminds me of myself to Lord of the Rings.

My Slideshow to help with Moral for the world.. 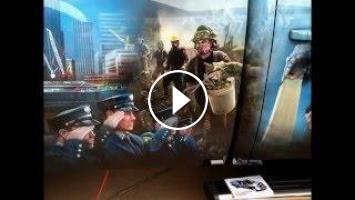 My Photos to help Moral. Im always around to care, illl never stop never give up on anyone all over the world. God gave me life to reawaken yours. Uph...