Yeah, you know Phil Jamieson alright. Known around the country as “Phil from Grinspoon”, he was (and remains) a founding member of that much loved Australian band. But in 2022, Phil decided it was time to spread his wings and release his first ever solo album, ‘Somebody Else’. When he announced a small club date to introduce the new album, we jumped at the opportunity to add the show to our World Stage project. In fine form with hooks to burn, it was a great ‘welcome back’ for an absolute legend. 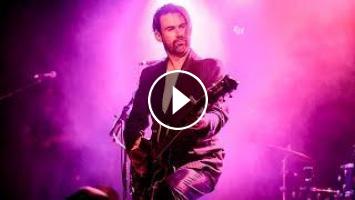