Highly praised for his orchestral works, Tchaikovsky never reached
great popularity as a chamber music composer but, although his
chamber output does not comprise many titles, it does includes
works of distinct value, such as the beautiful but little known Trio
for violin, cello and piano, Op.50 which we are featuring on this
release.
The work was composed in memory of his friend Nikolaj Rubinstein, who had passed away at the age of 46 and was considered at the time one of the greatest European pianists. It was premiered in Moscow on 30 October, 1882.
Rachmaninov was one of the finest pianists of the first half of
the 1900s and a gifted composer. After the Bolshevik coup he
left his native Russia and moved abroad, where he gained fame
as a performer, especially in the United States. As a composer,
Rachmaninov is nowadays considered the natural successor to
Tchaikovsky’s style within Russian music between the 19th and
20th centuries.
The Trio élégiaque No.1 in G minor for piano, violin and cello was
written in the short space of four days in 1892, when Rachmaninov
was only 19. It consists of a single extended movement (Lento
lugubre) in classic sonata form. It was published posthumously, in
1947.
Having known each other personally for a long time, Franco
Mezzena, Sergio Patria and Elena Ballario began their artistic
partnership in 2015 as a natural consequence of their mutual
respect and interpretative affinity. Franco’s precise and rigorous
violin playing, Sergio’s inborn expressivity and Elena’s musical balance are the three main characteristics that give their trio all the necessary means to best express the music they unanimously choose to perform.
CDS7825 (1 CD) 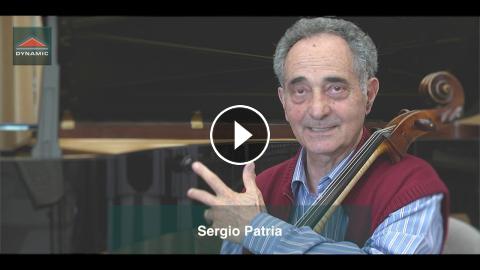