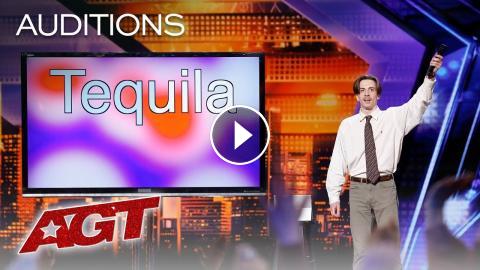 The Iowa native hopes to win over Simon Cowell, who historically doesn’t like karaoke singers. » Get The America's Got Talent App: » Subscribe for Mor...