AVA
►Miss DeepShine - You are exactly where you need to be.
►Facebook: https://www.facebook.com/MissDeepShine/
►Spotify: https://spoti.fi/2O1Ap7q


Based between England and Norway, musicians and artists Marlow Bevan and Milla Sunde are the masterminds behind the wonderfully crafted TGC moniker. Initially, the duo met whilst studying at the Liverpool Institute for Performing Arts and signed a major U.S. recording contract with Universal Music Group in 2008. They left Universal in 2010 and signed a worldwide distribution deal with Los Angeles-based Spinside Records, where they called home until their own imprint Illuminated City was born. Together with Nobel Peace Prize winner Prof. Muhammad Yunus, the band released a fundraising CD/DVD entitled ‘Hear Me Now’ throughout Norway, raising $400,000 for one of the first eye hospitals in rural Bangladesh. Besides usual residencies at The Viper Room and The Roxy on the Sunset Strip, the duo then went on to perform in New York City for a charity show as well as receiving praise via MOBO Awards. TGC also performed at Summerfest, one of the world's largest music festivals alongside high profile artists like Edward Sharpe and the Magnetic Zeros and more. Their eponymous sophomore effort, Connection was released in 2013 via Amoeba Music and later they released their single and video for "Outline", connecting with and supporting the work of The Planetary Society, including partners such as famed scientist Bill Nye as well as Yale University.

Subscribe for daily uploads :)
This channel is created to promote and support magnificent producers, photographers and labels' releases.
If any producer, label or copyright owner is unhappy about any upload, please contact us via any of our social networks, and the content will be removed immediately.
Enjoy the Great Musics from Great Artists.. 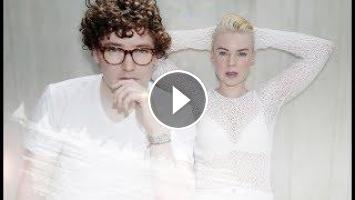 ►Miss DeepShine - You are exactly where you need to be. ►Facebook: https://www.facebook.com/MissDeepShine/ ►Spotify: https://spoti.fi/2O1Ap7q Stream E...