admin
It wasn't an easy road to the Tiny Desk for the four guys from Louisiana who make up Brass Bed. Their tour, for the band's debut album The Secret Will Keep You, was plagued from the start: Singer Christiaan Mader had the flu, there was a death in the family and multiple dates had to be canceled. Their van was broken into and their instruments stolen. So when they heard that a big snowstorm was headed for D.C. at the same time they were to play the Tiny Desk, it felt like yet another bad omen.

Fortunately, they got in just ahead of the first snowflakes and performed a memorable set, as they re-created some of the stellar studio effects on The Secret Will Keep You with a simple but potent pedal steel and bow. For the ethereal closing track from the album, "Have to Be Fine," the guys produced reverb effects by singing a cappella into plastic novelty microphones they'd picked up at a store just outside of D.C.

As soon as Brass Bed's members finished their set, the lifelong Southerners graciously accepted a complimentary ice scraper in case they got into more trouble on the road. But it wasn't enough to get them out of the District; the storm they were trying to avoid snowed them in for an extra night. We wish they could have stayed, and played, even longer. --ROBIN HILTON 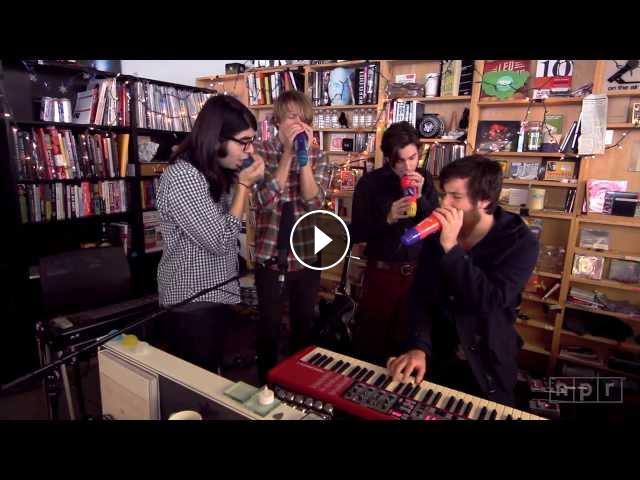 It wasn't an easy road to the Tiny Desk for the four guys from Louisiana who make up Brass Bed. Their tour, for the band's debut album The Secret Will...