ABOUT THE ORCHESTRA
Captivating, soul-stirring performances of classical and contemporary music. The Metamorphose String Orchestra of Minsk, founded in 2015 by conductor Pavel Lyubomudrov, has been taking the Belarusian music scene by storm with a series of critically acclaimed concerts – and now has its eye on Europe.
Exquisitely blending creativity, tradition and musicianship, the Orchestra’s performances exude a deep love and understanding of music. With a constantly-changing repertoire that spans from Baroque to original arrangements of popular music and contemporary Belarusian composers, the Orchestra proves true to its name: experimentation is in its DNA.
Conductor Pavel Lyubomudrov, a graduate of the St. Petersburg State Conservatory and a pupil of Honoured Artist of the Russian Federation Alexander Vasilyevich Alekseev, has filled the Orchestra’s ranks with some of the country’s finest musicians. Alumni of the St. Petersburg, Moscow and Minsk Conservatoires have joined him on his artistic journey, sharing stages with renowned soloists such as cellists Mikael Samsonov (Germany) and Antonio Mostacci (Italy), violinists Lisa Jacobs (Netherlands) and Andrey Baranov (Switzerland), oboist Juan Manuel García-Cano (Spain), flutist Maria Fedotova and pianist Stanislav Soloviev (Russia), among others.
“Music changes lives”, is the firm belief of Pavel Lyubomudrov. “By taking people into a region beyond words, it helps them connect with themselves – and others – on the highest, purest emotional level”. 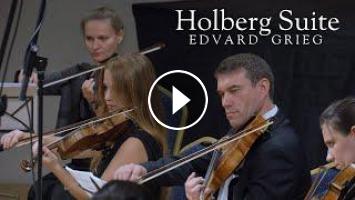