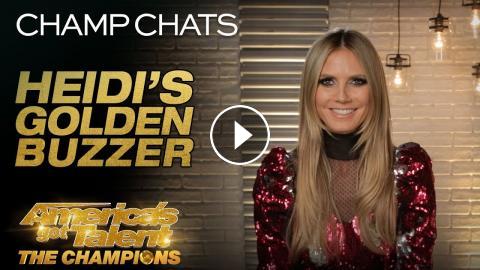 The death-defying duo impressed Heidi Klum enough to receive the Golden Buzzer!!» Get The America's Got Talent App: » Subscribe for More: » Watch Amer...