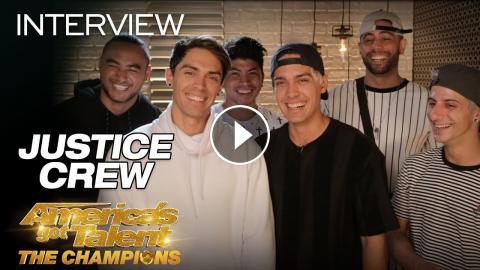 The ABS-olutely talented Justice Crew flew all the way from Australia to perform on AGT: The Champions! Hear what they have to say about their perform...