admin
► Get our newest Christmas ALBUM here:
► WE'RE ON TOUR!
► Download or listen to “Flicker”!
► Download or listen to all of our music!
----------------------------------------
► YOUTUBE:
► FACEBOOK:
► INSTAGRAM:
----------------------------------------
Presenting...a Piano/Cello take on Niall Horan’s “Flicker,” that appeals to techies...
Since we’re currently neck deep in the delightful snow of our new Christmas album release, we wanted to fit in one more tune before jumping into full-on Christmas mode. So we challenged ourselves to conceptualize, write, record, mix and master “Flicker” in less than 24 hours. We loved the chorus melody and felt there was tremendously emotional capacity in the longing built into the lyrics, which the cello and piano mimic in a musical give and take.
Then just for “fun,” we sandwiched the video shoot in the middle of the night between two concerts on tour. Sleep is overrated. Perhaps “burning the candle at both ends” fit the “flicker” theme quite appropriately? ;-)
For you techies, this is the first music video (at least that we know of) filmed exclusively on the new iPhone X. We wanted to truly test its features. We filmed in 4K (2160p resolution - 3840 pixels × 2160 lines) at 24 frames per second (no iPhone has been able to film at this rate before -- this gives the video a more film-like look). Filming this in the middle of the night allowed us to test the iPhone X’s low light capabilities. We also utilized its dual lens feature to create different focal lengths.
Once “cameras” were rolling, we gave ourselves a 60 minute time limit, in order to be true to our goal of simplicity and to test the iPhone X’s alleged ease of use. Apple did not pay us for this. Wish they did. :-)
A THOUSAND THANK YOUS TO TUACAHN AND ITS STAFF for pulling out all the stops for us on this and for pulling an all-nighter right along with us. If you haven’t seen a production there, it’s an incomparable venue. Nothing like it in the world!
Special thanks to Richard Payson and ClearLamp for building the setting for this video.
Credits:
“Flicker” as performed by Niall Horan
Written by Niall Horan, John Ryan and Julian Bunetta
Arrangement produced and written by Jon Schmidt, Al van der Beek & Steven Sharp Nelson
Performed by
Jon Schmidt, piano
Steven Sharp Nelson, cello
Recorded, mixed and mastered by Al van der Beek at TPG Studios in Utah
Video produced and filmed by Paul Anderson and Shaye Scott
Edited by Shaye Scott 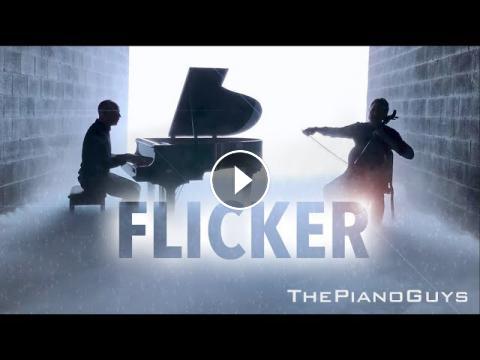