AVA
Live at Sidney Myer Music Bowl, Melbourne. One of Australia’s most iconic bands, they tore up the Sidney Myer Music Bowl earlier this year as they stormed their way around the country for the delayed celebration of their 40th anniversary. A total hit machine, they kept up the pace for two hours as they ranged across their entire catalogue including great cuts from their newest album ‘Chariot Of The Gods’. It was a night not to be missed. But if you did, don’t worry - it’s all right here on Moshcam. Let’s all turn on!

DOWNLOAD THE MOSHCAM APP TO WATCH THE FULL MOSHCAM ARCHIVE 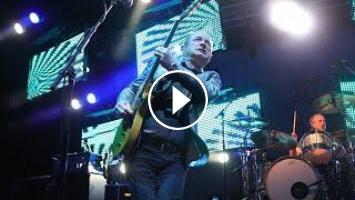