admin
Video created by Rousseau, subscribe to his channel!
► Listen on SPOTIFY/APPLE MUSIC/AMAZON:
► GET "Avengers" SHEET MUSIC:
► WE'RE ON TOUR!
►Watch BEHIND THE SCENES in TPG ALL ACCESS:
“In loving memory of Stan Lee”
The story behind the video:
After receiving so many requests from our audience, we had to jump into the Marvel world and test our piano and cello prowess in performing the “super” themes from the world’s greatest superhero story, AVENGERS! We thought it was a perfect opportunity to collaborate with the prolific YouTuber, Rousseau, to create a fun, visual performance for our music video. How many people do you know who can play the piano like this with Captain America gloves on? Perhaps Rousseau is secretly Captain America? 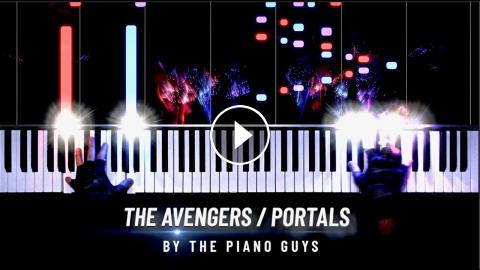 Video created by Rousseau, subscribe to his channel! ► Listen on SPOTIFY/APPLE MUSIC/AMAZON: ► GET "Avengers" SHEET MUSIC: ► WE'RE ON TOUR! ...