ABOUT THIS EPISODE - 'My Brother's Keeper: Bobby Shmurda (Pt 3)'
Six years after his arrest, Bobby Shmurda's fans are still anxiously awaiting his return. The rapper ultimately stayed loyal to his crew in court, but the chokehold of conspiracy law also left him with few other options. In our final chapter of Bobby's story, we follow his legal drama: cycling through defense lawyers, being strong-armed by prosecutors and making last-ditch outbursts in court. Finally, we sit down with Bobby in prison as he looks to his future on the other side of his cell. 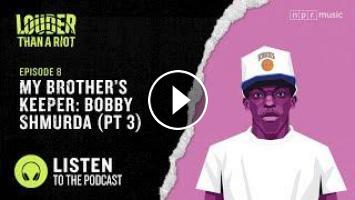