ABOUT THIS EPISODE - "The Camouflage Assassin: Mac Phipps (Pt 1)"
When New Orleans rap phenom Mac Phipps signed with Master P's No Limit Records, he knew his dream of hip-hop stardom was within reach. But in February 2000, Mac was accused of murder and the dream became a nightmare. Over the next three episodes, we investigate this story of race, corruption and rap lyrics on trial. 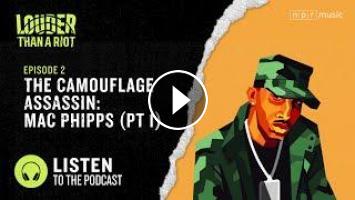 Subscribe on Apple Podcasts: http://apple.co/louderthanariotpodcast ABOUT THIS EPISODE - "The Camouflage Assassin: Mac Phipps (Pt 1)" When N...