Captured By The Game: Nipsey Hussle | Louder Than A Riot | NPR


ABOUT THIS EPISODE - Captured By The Game: Nipsey Hussle
After LA rapper Nipsey Hussle was murdered in 2019, city officials praised him for his community advocacy. But NPR has learned that behind the scenes, some law enforcement officers branded Nipsey as a gang member, and that label meant another man from Nipsey's neighborhood would be sent to jail — just for interacting with him. So why did California's Department of Corrections and Rehabilitation lie to us about it? And what does that say about the impact of law enforcement categorizing thousands of Black and brown men as potential criminals?

Captured By The Game: Nipsey Hussle | Louder Than A Riot | NPR 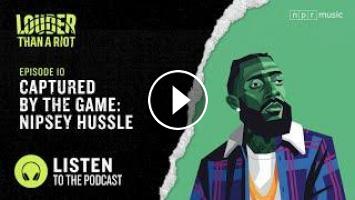 Subscribe on Apple Podcasts: http://apple.co/louderthanariotpodcast ABOUT THIS EPISODE - Captured By The Game: Nipsey Hussle After LA rapper Nipsey Hu...