The Day The Mixtape Died: DJ Drama | Louder Than A Riot | NPR

ABOUT THIS EPISODE - "The Day The Mixtape Died: DJ Drama"
In the early 2000s, mixtapes transformed Tyree Simmons into DJ Drama and molded T.I., Lil Wayne and Jeezy into rap superstars. But in 2007, those same mixtapes landed Drama in jail with a bank account balance of $0.00. In this episode, we break down the raid that turned the mixtape from cultural innovation into criminal conspiracy, from the perspective of the man who took the fall when the cops came knocking. "If they can lock up Drama, nobody's safe. It's over."

The Day The Mixtape Died: DJ Drama | Louder Than A Riot | NPR 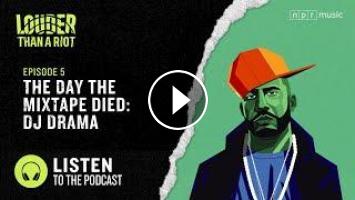 Subscribe on Apple Podcasts: http://apple.co/louderthanariotpodcast ABOUT THIS EPISODE - "The Day The Mixtape Died: DJ Drama" In the early 2...