ABOUT THIS EPISODE - 'Stay In The House': Bobby Shmurda (Pt 2)
Two young men grow up just blocks apart, each with aspirations to make it big. But while Bobby Shmurda sees his dreams come true, Bryan Antoine is killed by members of Bobby's crew. This is the story that lingers between the lyrics of Bobby's viral hit, "Hot N****." We talk to the family grieving Bryan's loss and review hours of incriminating GS9 phone calls. How does the true story behind the song complicate stereotypes about gang affiliation? And what does the pursuit of justice mean in a neighborhood where labels like "victim" and "perpetrator" can be interchangeable? 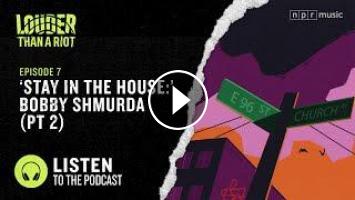