ABOUT THIS EPISODE - 'Prison To Prison Pipeline:' Isis Tha Saviour
Hip-hop loves a hero's come-up, but the culture often has a hard time seeing women as heroes. Two years ago, when Louder Than A Riot editor Chiquita Paschal discovered she had a sister — who rapped — she quickly saw how that double standard can take shape. Chiquita's sister is Mary Enoch Elizabeth Baxter, aka Philly rapper Isis Tha Saviour. In this episode, Chiquita takes us on Mary's hero's journey — from her time as a ward of the state to finding her voice in rap. And together, they delve into incarceration's ripple effects on families like theirs, and how hip-hop can help transform trauma into freedom. 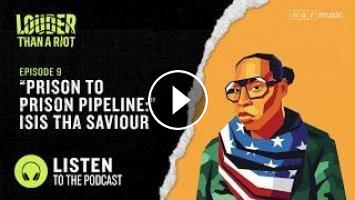